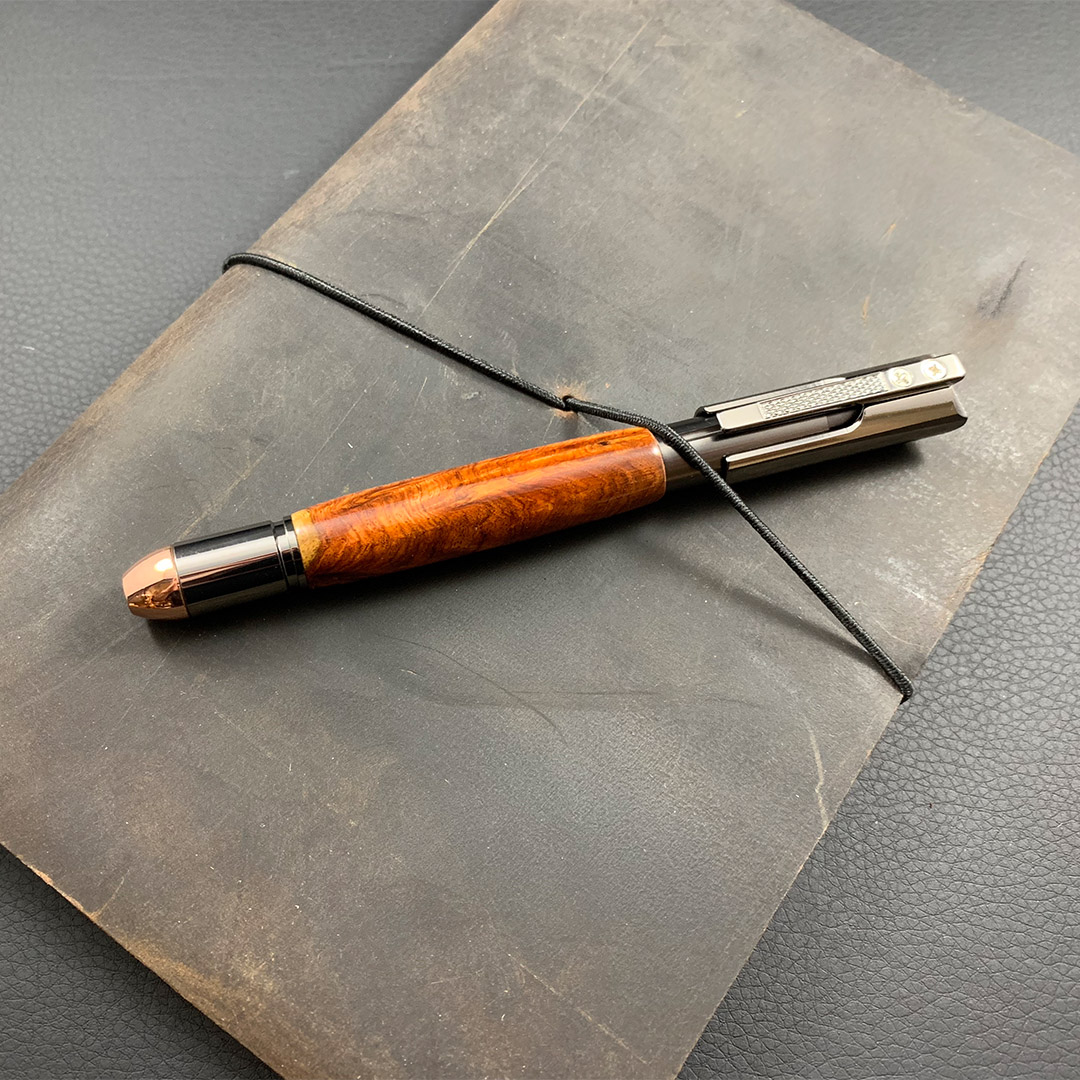 Second does not have as deep a history as most of our active Implements, for it is one of a new generation. This is also apparent by its more unconventional modern design. Its creation, however, does carry with it a story of note.

The tip of the pen bears a bullet. At first glance, you may find this to be purely ornamental. But that particular bullet was made by reforging the metal from a slug which had been shot at the man who would become the one to create the pen. The bullet had been fired directly at his chest, but the slug had stopped just shy of penetrating his heart.

Believing it to be a sign, the young forger took the slug that had been recovered from his body and used it to construct Second. He believed that if it had given him a second chance, perhaps there were others that may also be granted theirs.