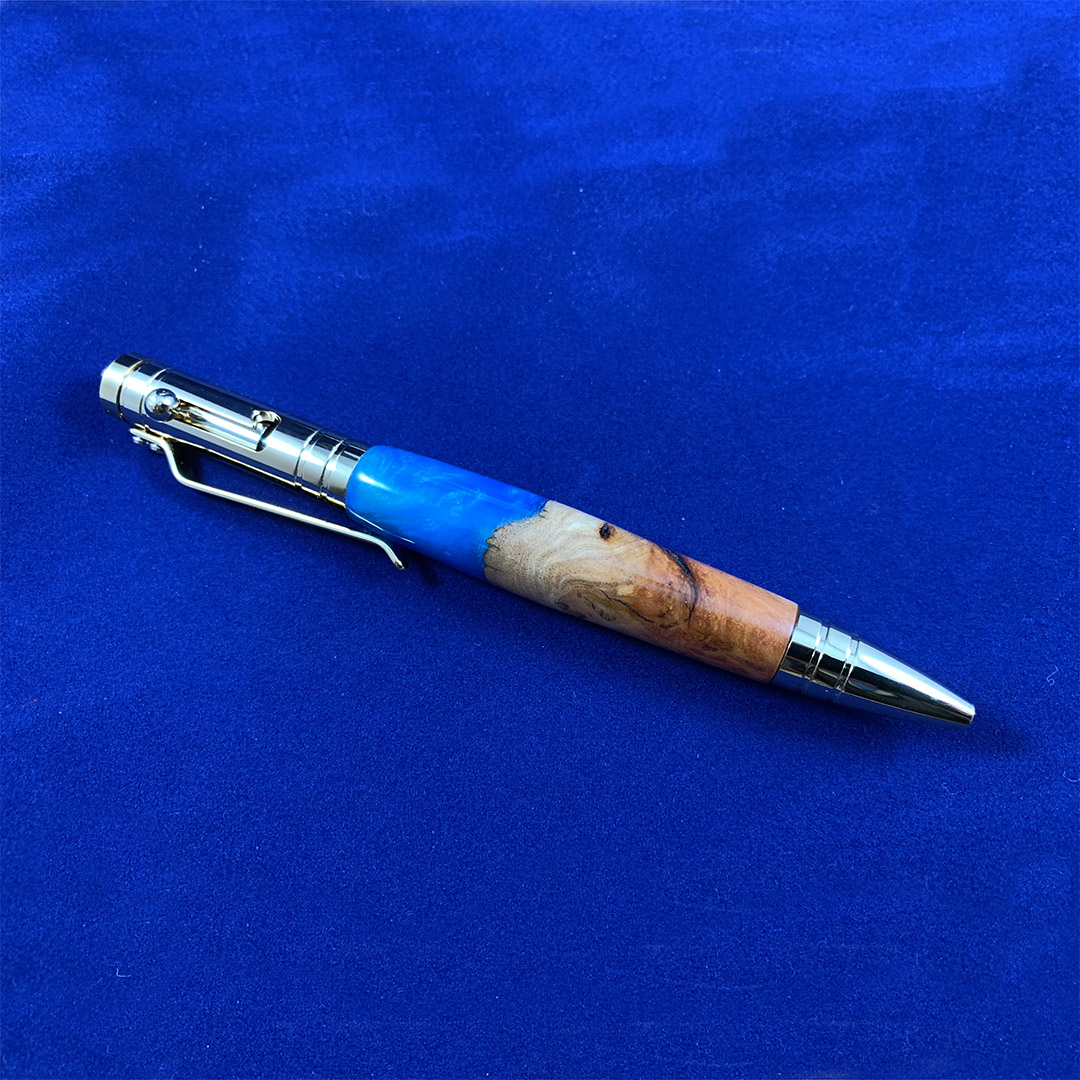 Not much is known about the Implement known as Pathmourn. It was discovered one morning on the steps of Writsforge, one of the hidden libraries of the Arcana. The Implement was bundled up in a dark crimson cloth. Upon closer inspection, it was revealed that the cloth itself had been steeped in blood. Inside the bundle lay Pathmourn and a small piece of parchment which read:

Arcanist researchers believe that the pen itself used be completely made of Coolibah burl, but that something has caused the wood to recede, revealing a mysterious blue element in its place.