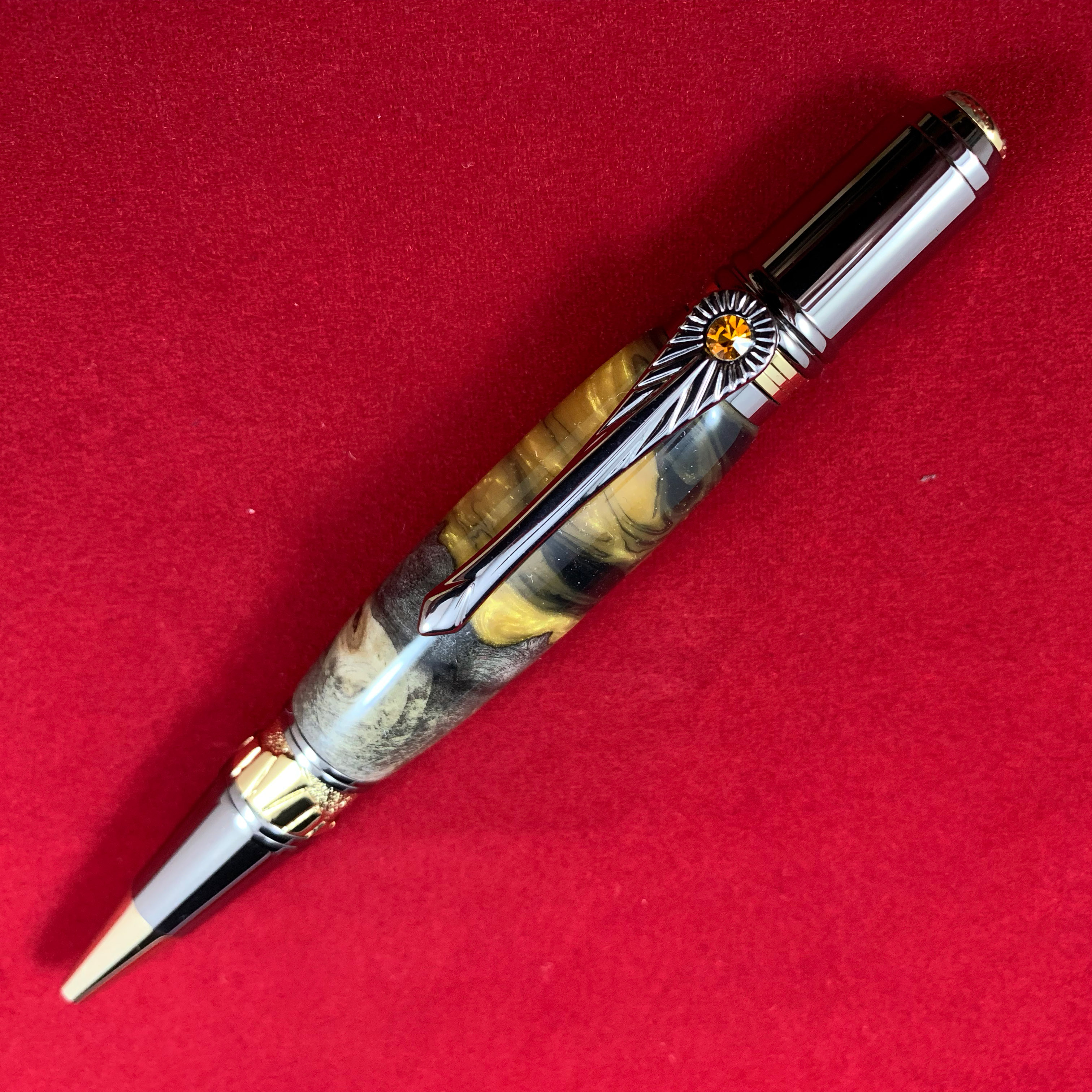 Originally christened ‘Gobus’ by its creator, Kholis is an Implement whose ethereal composition has almost fully transitioned to dark magic. The story of this transition was almost lost to record, due to the secrecy of the operation it was created for.

A village by the name of Hymnar had fallen completely into the grasp of the Overreachers. Before it could completely fall into shadow, a lone Arcanist made his way to the village with this newly-forged Implement.

As he ventured into the darkness, each step began to take on an incredible weight. Soon, he felt as if his very bones would shatter from the pressure of the gloom that enveloped him. It was if an emotion had come to life and threatened to physically destroy him.

When he could bear no more, he pulled a single leaf of paper from the very last page of his book and activated the spell with Gobus, the bones in his hand breaking from the effort within the epicenter of the Overreacher’s bridgehead. It would be the last spell he would cast.

The darkness seemed to race and expand, as if trying to flee from the Implement. But Gobus held tight to the threads of darkness that had enveloped them, like an unforgiving rider pulling hard on an unbroken steed’s reins. The black pitch began to falter and be consumed by the Implement, until daylight once again allowed passage into the village.

It would be later discovered that the town was the victim to a single Overreacher, one who had been left unchecked until its power had become overwhelming. This entity was given the name Kholis, and now resides trapped within the Implement. The Implement took on the name of the entity, as its power became more aligned with the darker magic that swirls within.

But no matter how much darkness the Implement consumes, the spark of light remaining in its core will never be extinguished.