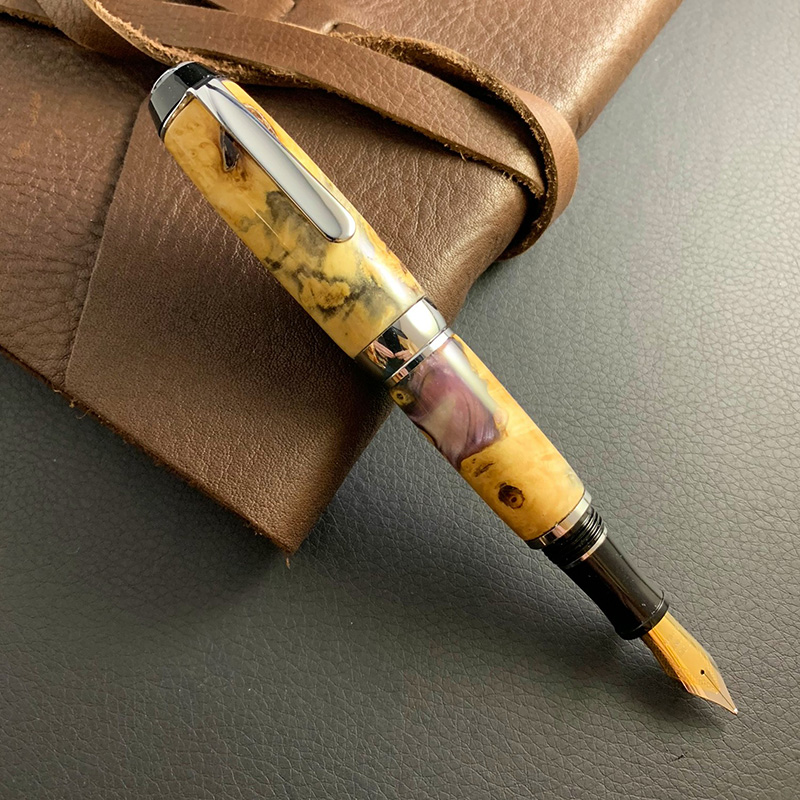 Mildred Rapt had no passion for being an Arcanist. To her, it was a job like any other. She would have been equally proficient as an accountant, or perhaps an expert in logistics. But both her mother and father were Arcanists, so an Arcanist she became.

She possessed the ability to be singularly focused. Whatever task she set herself too, it would be done, and done as efficiently as possible. This was all fine and good, until the day that one Overreacher she had been tracking got away. The Overreacher had been different from the others she had fought in the past. This one had made the room so cold, the ink in her Implement had frozen. Only the arrival of another Arcanist had saved her.

Mildred never did pick up the trail again. But one day, long after she had retired, the shadows of her living room began to deepen. She made no indication that she had noticed the subtle change. She sat in her rocker and gently set down the blanket she had been knitting. She reached in her knitting bag and pulled out a small pen she had christened ‘Jesper’. It was a special Implement; a fountain pen with a specially formulated ink of her own design that would not freeze. She drew a small piece of parchment from the bag, one with many glyphs already neatly arranged save for one. An otherworldly sensation began to leech the heat from her body, but she ignored it. Her hand, arthritic from age and now nearly frozen, just managed to finish the final glyph on the faded parchment. In one bright flash, the shadows retreated and the dark presence was gone.

Mildred took only a moment to rub her writing hand, picked up her knitting, and set back to work. After all, if you’ve got a job to do, best to see it through to the end.