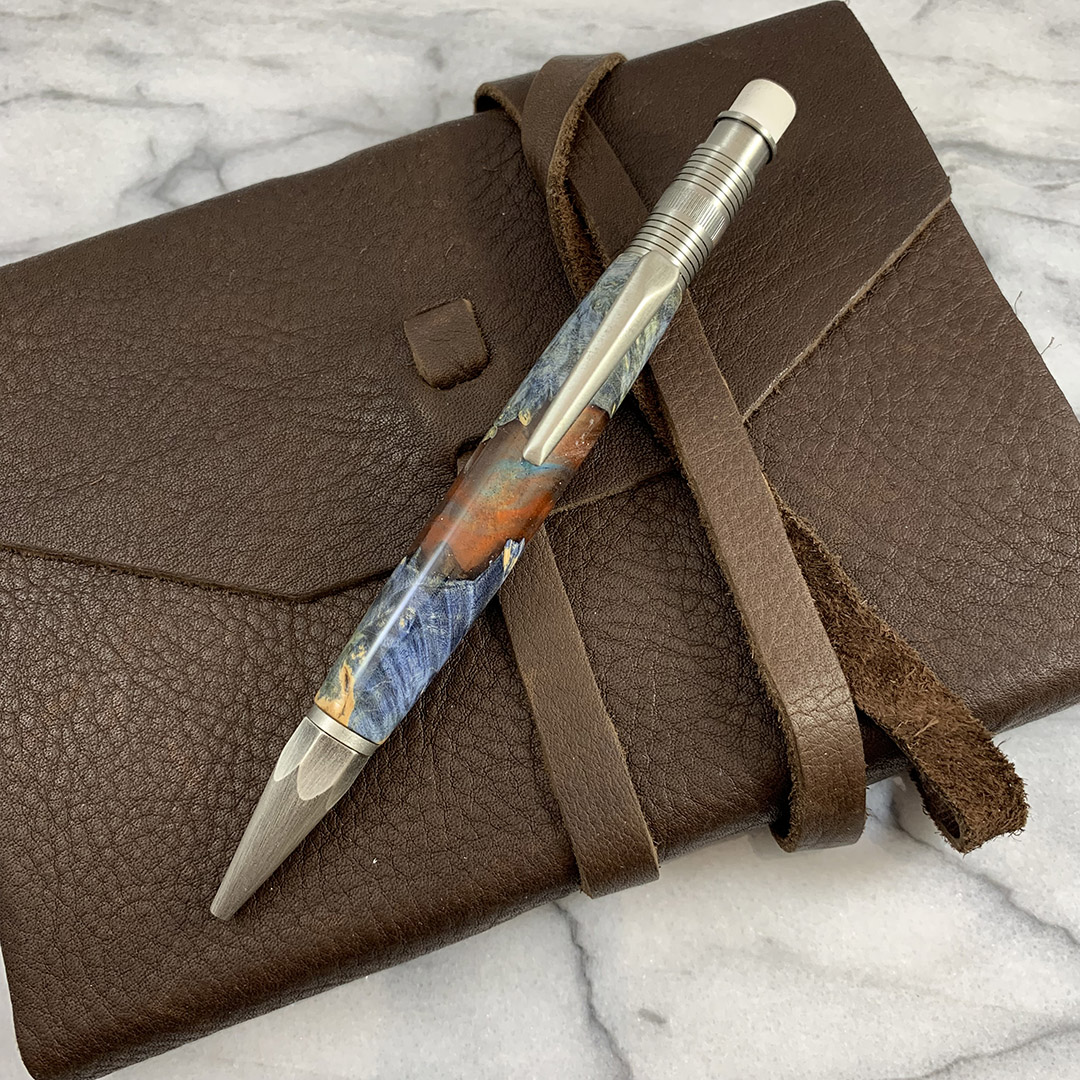 “The permanence of what I have done will forever reverberate through my soul. This Implement…this will be my atonement.”

There are but a handful of Implements recorded in the Arcana which utilize lead. It is well-known that Implements must utilize special inks infused with redacted. It is possible, however, to incorporate it into lead, but the process is not only laborious, but few now live that can craft it successfully. The biggest drawback to these types of Implements is that the effects of lead-based spells fade over time.

Atoned is once of these few rare lead-bearing Implements. What is even more unique, however, is that this Implement began life as an ink-bearing Implement. The wielder, Josephine Harflex, was a prodigal Arcanist. She possessed a fluid grace of motion when preparing scripts that others would describe as almost lyrical. Josephine excelled at the capture of Overreachers. After many years of service in our silent war, she began to feel them within the Implement itself, and indecipherable voices spoke to her whenever she touched it.

Convinced that something must be done to prevent the Implement’s further corruption, she re-forged her Implement into its current incarnation: Atoned. While it may still assist the Arcana in our quest, it can no longer be used as a vessel for Overreachers. While the spells it casts weaken over time, their efficacy is nearly unmatched.