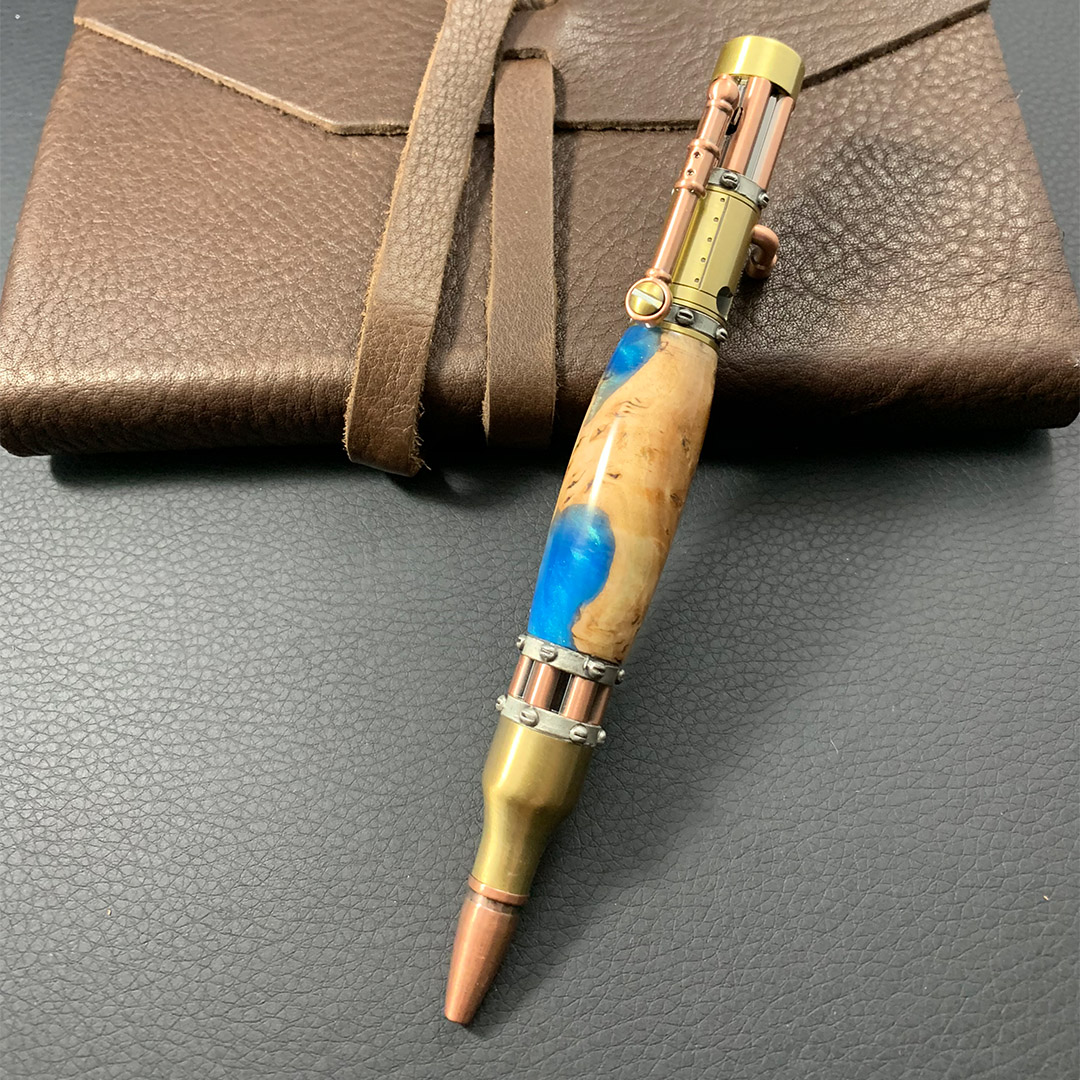 It was an unseasonally cold morning in the city of Canberra, Australia when Dexter Splat arrived and concurred with the confused locals that it was, in fact, much too cold. Icicles should not be forming on the rooflines of their houses. Not even in the winter. And most certainly never, ever in the summer. No, this will not do, Dexter had thought to himself.

Being on vacation, Dexter was not prepared for battle of any sorts. At least not any that would require magic. He sought out a carpenter and metalworker and set to work. Using a kiln-dried length of fine brown mallee burl and his unique style of craftsmanship, he constructed an advanced combat Implement that he christened Arctis.

Despite its hurried creation, Arctis was the only Implement needed to subdue the mysterious Overreacher whose icy pall threatened an entire city. The mark of that battle was permanently etched onto the barrel of Arctis. But that is a story for another day…

Excerpt from The Misadventures of Dexter Splat: A Biography