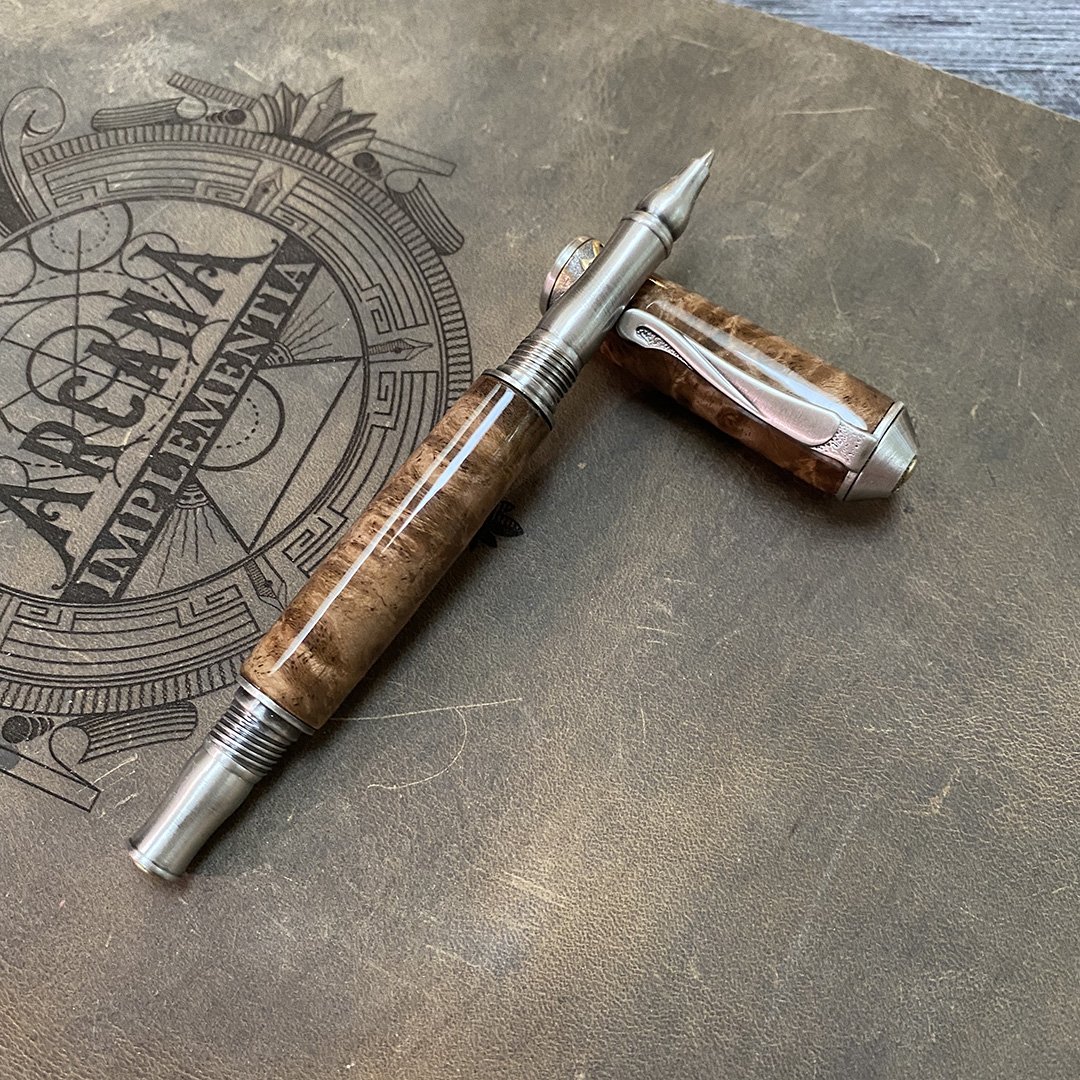 ​In an old broken house, there was a room far in the back of the cluttered basement.

In that room sat a worn splintered desk, creaky and forgotten.

In that desk there was a drawer, its latch stuck from neglect.

In that drawer there was a slender box, its hinges cracked and rusted.

And in that box, there slumbered a dusty old pen of legends long passed.

The young woman entered the house. It was old, yet wonderous, like out of a storybook. She stepped carefully through it and pushed her way through boxes of fantastical gizmos and books. She found a room deep in the basement, where no room should have been. She combed through it, piece by piece, until she discovered a beautifully carved wooden desk, etched with hearts and initials of the family that it once belonged to. She checked the drawers and found one that was stuck. She gave it a sharp tug and the drawer slid open. Inside, she found an ornate box, inset with a delicately cut emerald, its beauty untarnished with age. She opened the box and gasped. Inside was a pen of exquisite dark burl, unlike any she had seen before.

Time to create a new legend, she thought, smiling. 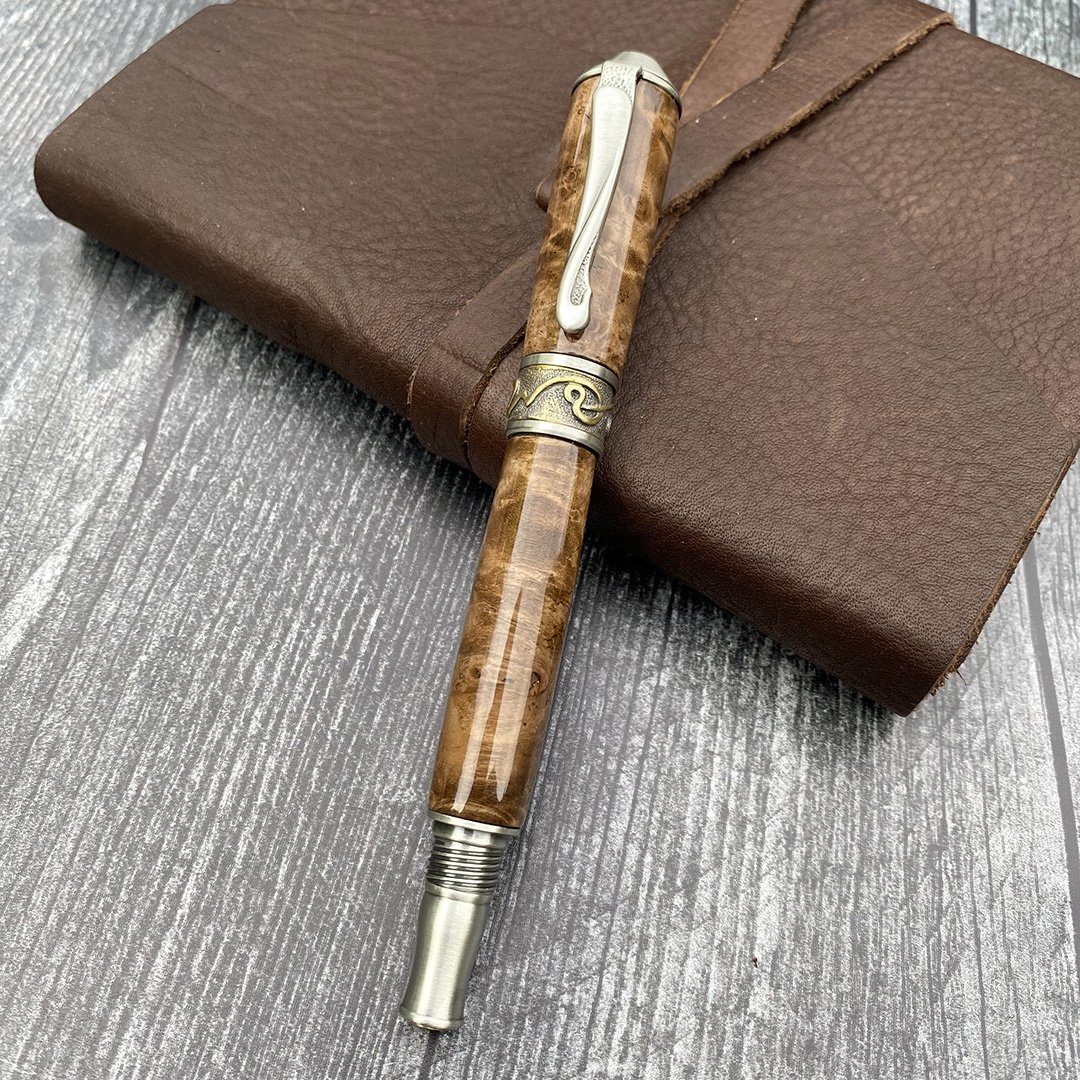